When Aspiration Becomes Reality: The Hard Yards Of Realising A Dream 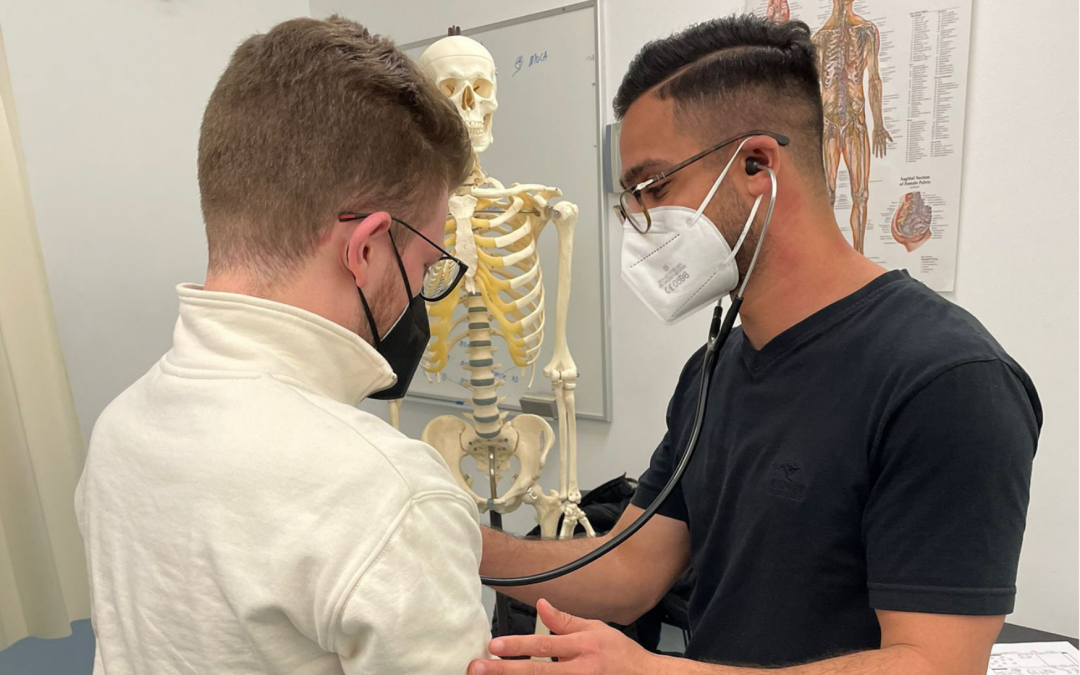 Unlike many people I work with, medicine had not been Karim’s lifelong dream. Once he came to the realisation that he wanted to be a doctor, the challenges of the goal he’d set himself became clear. This isn’t unusual for prospective medical students and it can be quite disheartening, but not impossible to overcome.

After completing a Bachelor of Science majoring in Biological Chemistry with an outstanding GPA, Karim had been accepted into a graduate entry program for a Bachelor of Pharmacy with Honours at Monash University. It was only after he commenced work as a pharmacist in a hospital and saw what doctors really do that he became inspired to study medicine. He was fascinated by the diagnostic process and particularly intrigued by the surgical management of patients.

Having set his sights on studying medicine, Karim completed the GAMSAT and applied to all the graduate medical programs within Australia. He missed out first time round but, undeterred, he resat GAMSAT the following year and improved his score. Unfortunately, that was still not enough to get him an interview and, after a second unsuccessful year, Karim was keen to know how he could improve his chances and booked in for a Career Strategy session with me to come up with a plan.

From the outset, I was incredibly impressed by Karim and his attitude. Not only did he have the desire and academic ability to study medicine, but he’s someone with the kind of attributes that would make him a wonderful contributor to the profession. He’s been involved in a number of volunteering roles, including working with young people experiencing homelessness, and had organised the sports team at his hospital that competed in an annual tournament.

One of the things we discussed was how Karim could give himself more options in his medical school applications. As I do with everyone applying for graduate medicine, I advised him to consider also applying for undergraduate courses and we identified particular courses for him to target. I came up with a specific plan for Karim, outlining the steps he needed to take to improve his chances.

In addition to Australian universities, we also looked at international options, including St George’s, University of London. Karim had already made some enquiries about this course and I was able to put him in touch with someone I know who had recently graduated. A couple of months later, Karim let me know that he’d been invited for an interview for St George’s. We did an Interview Preparation session together and I was delighted to hear that his application was successful.

Karim is now a medical student and is loving his studies. When I asked him what was most helpful to him about working with me, he said:

I really valued the genuine interest you showed in helping me achieve my dream of getting into medicine. I also enjoyed the breadth of knowledge that you have about the many avenues available for students to get into medicine, and that you always made it seem possible. Finally, I found great value in your highly effective and intuitive methods of preparing for and going through medical school interviews. The approach was tailored to me as an individual and my personal characteristics, as you gave me the tools needed to be genuinely prepared. Your knowledge about interview questions, what interviewers are looking for and how to take a genuine thought and word it so that it is appropriate for an interview question response is profound.

Have you applied unsuccessfully to study medicine? Studying abroad is not an option for everyone but I can help you develop a tailored plan to give yourself the best shot at achieving your dream. I’d love to work with you, so please get in touch.